There is no such thing as a typical Magnetic Fields album. Over the course of the eleven albums they have released since 1991, their sound and even genre has changed album to album and song to song. That said, their latest album, 50 Song Memoir, is like nothing else they or anyone else has released. While epic-lengthed albums aren’t a new development (their best known album, 69 Love Songs, consists, unsurprisingly, of 69 love songs), 50 Song Memoir is remarkable not for its length but for the fact that one narrative runs through the entire album. Each song marks one year in the life of Stephin Merritt, founder/leader/heart and soul of The Magnetic Fields, starting with birth and going right up to the recording of the album, which began on Merritt’s fiftieth birthday.

END_OF_DOCUMENT_TOKEN_TO_BE_REPLACED

Judas Hung Himself in America

After a particularly illustrious few years on records and on tour with Elvis Depressedly, Mathew Lee Cothran has put out another tape under his self-titled solo project via Joy Void Recordings. Cothran dedicated this tape, Judas Hung Himself in America, to his recently departed grandfather and father figure. The tape itself is as beautiful as it is haunting. Several tracks ask unanswerable questions: Where does our shame go while we sleep? (“Judas in America”) How do I give in with grace? (“Liquor Store”) You could move a mountain, but where would it go? (“Who Did Pull the Pin of the People?”) Likewise, Cothran uses Judas as a platform to grapple with his recent sobriety, especially in the tracks “Cherry High” and “Liquor Store.” In all, I’d say Judas is concrete proof that some of the most prolific artists create some of their most resonant works in the midst of immense trials and tribulations.

END_OF_DOCUMENT_TOKEN_TO_BE_REPLACED

For many artists, the third time’s the charm. There’s no doubt that Solange fits in this pattern. Solange’s third full-length solo album, A Seat at the Table, is a miraculous and expansive suite which is a privilege to hear.

END_OF_DOCUMENT_TOKEN_TO_BE_REPLACED

As anyone who knows me will tell you, I’m a huge fan of music with an indie folk sound. Songs with haunting harmonies and that twangy banjo/ mandolin combo that reminds me of childhood summers.

Liking this kind of music means that I’ve become pretty proficient at recognizing an indie folk album cover when I see one. “The Heartland” looks exactly like what you’d expect an inside folk album cover to look like: a watercolor painting of a city in purples and grays, blocky band name, cursive album title. It came out in February of this year, so it’s fairly new, and Rabbit Wilde has only been making music since 2014. I found the album when I was walking through the hallway between the WKCO office and the broadcast booth, alphabetized among the hundreds of CDs we have down there. It looked interesting, so I took it home. I’m so glad that I did. The plain cover hides an album of surprising merit, one that I’m sure will be among my favorites for years to come.

END_OF_DOCUMENT_TOKEN_TO_BE_REPLACED

I’m physically upset by what I have to do right now.

This week, I tasked myself with reviewing M.I.A.’s latest release, AIM, the fifth studio album from the London-based rapper. Before I dive into discussing AIM, allow me to preface this by explaining that, regardless of the contents of this album, M.I.A. has still proven herself to be a worthy favorite and a beacon of inspiration for women of the South Asian diaspora, whose art is frequently and unduly discounted from the mainstream. In addition to her music, M.I.A. has made a huge name for herself as a fashion icon and a radical activist for oft-overlooked South Asian causes. M.I.A. (aka Mathangi “Maya” Arulpragasm) spent much of her youth in Sri Lanka as well, and uses her fame to amplify the voices of the most oppressed groups in Sri Lanka. She’s a jack of all trades and a master of all of them, which is a combination tough to find in the contemporary age, where specialization is so heavily enforced.

That being said, AIM was not very good, musically.

END_OF_DOCUMENT_TOKEN_TO_BE_REPLACED

In 2014, a calamity struck the California-based indie-folk collective Edward Sharpe and the Magnetic Zeros in the loss of their only female member, Jade Castrinos. Fans of the group lamented: gone were Jade’s soulful vocals, wh

ich added wonder and whimsy in duet with Alex Ebert, the band’s frontman and main vocalist, in infectious and iconic tracks like “Home” and “That’s What’s Up” and her significant feminine presence. Without Jade, ESMZ is just a group of eleven bearded, suede-hat wearing white dudes. Distinctly less inclusive, and less interesting. Even worse, the separation of Jade from the band became very messy and very public, complicating the twelve-piece wannabe-psychedelic pseudo-folk cult’s image of harmonic melody-making and free love. Real hippies don’t have occupational disputes, am I right?

END_OF_DOCUMENT_TOKEN_TO_BE_REPLACED

Earlier this month, Scottish post-rock band Mogwai released their new album, Atomic. Technically, they released a collection of songs off the soundtrack they produced for a documentary, but if you’re a Mogwai fan, you take what you can get. In this case, what you get is a pretty good album.

Tied loosely to the history of the atomic bomb, Mogwai manages to encompass destruction and creation, the past and the present, despair and hope, all in a mere 50 minutes. From the first track to the last, Atomic sends you on an otherworldly journey while keeping you tethered to the humanity of it all. Buckle up.

END_OF_DOCUMENT_TOKEN_TO_BE_REPLACED

I know it’s like the Number One Commandment of How To Be Good At Liking Music — Thou shalt not listen to, much less actively like, a band that got famous for having its song accompany an earnest, heavily light-leaked montage of a barn wedding on a Bing commercial — and being Good At Liking Music is very important to me but goddammit my soft, soft indie-dudebro-loving heart just can’t get enough of The Lumineers. I’m not even sorry that I’m not sorry. I liked them when they came out with their self-titled debut in late 2012, but back in those days we were in the thick of the (sadly) short-lived era known as “folk revival” during which it was a bit more socially acceptable to express admiration for bands that made liberal use of the banjo. I guess even then I understood, though, that The Lumineers were a little gimmicky and I imagined that their influence and playability would be short-lived. Nonetheless, I unexpectedly got pretty heavily back into the band this winter after The Stairwells performed an appropriately unironic cover of their cover of The Talking Heads’s “This Must Be The Place (Naive Melody)” which I not surprisingly loved and which inspired me to take another listen (or 12) to the Deluxe Edition of The Lumineers and to get excited for the release of a second album by the Denver-based band.

I was happily surprised that this band subverted my expectations in the production of a––so far as I can tell––mature and nuanced sophomore album, Cleopatra, which was released last week. The leading single from the album, “Ophelia,” echoed the band’s breakout hit “Ho Hey” down to the dominant sounds of upbeat, Ragtime-esque piano and tambourine and the rhythmic group chorus. “Ophelia” remains a standout on the album, but make no mistake: on Cleopatra, the old blissfully ignorant, Americana-devoted Lumineers who sang of college-bar flirtation are gone and in their place are three disillusioned and vaguely existential twenty-somethings who make music with lots of spaces, lots of distance. The endearing group vocals of The Lumineers are gone; here, singer-guitarist Wesley Schultz sings alone and frequently of foreboding Shakespearian leading ladies who, like himself, are not quite sure what to make of their lives despite ostensible distinction and success.
Something I’ve long admired about this band is that their music seems crafted not for production but for live recording, and that holds true on this album. Its draftiness, its imperfection, feel newly melancholic and powerful on Cleopatra.  A friend of mine told me that this album makes her feel weary and grown up, and she doesn’t know if it’s because the last time she seriously listened to this band she was a sophomore in high school, but I think there’s something to that: the opening song, “Sleep on the Floor,” is a sunrise, certainly, but one that wakes you up alone and much too early. “Gun Song” is reminiscent of another yearning, slow-burning ballad by another Band That I Loved In High School To Which I Remain Unironically Devoted Though It Has Become Less Cool To Be So that was released this year with the word “gun” in the title: “Hold No Guns” by Death Cab For Cutie. Both seem to ruminate on the futility of love in the face of infallible sincerity. The album’s title song, “Cleopatra,” is thematically similar to “Gun Song” in that its hapless heroine, a beautiful and relatively successful actress, spurns a would-be lover despite her premonition that she will “die alone” (!!!). (Side note––I was disappointed with this band when I first glimpsed the cover art and saw there a notably white woman dressed in ancient Egyptian garb, but that the song is about an actress playing Cleopatra rather than the formidable (and distinctly African) empress herself makes this bit of cultural appropriation slightly more acceptable if eye-rollingly predictable from a band that would surely make Sun Kil Moon’s master list of “Whitest Bands I’ve Ever Heard”). The album closes with “Patience,” a simple minute-and-a-half wordless piano coda that sets the weary sun on this bittersweet set of songs that are musically and emotionally resonant and herald the emergence of the somber, disillusioned band that once made, so innocently, the song “Flowers In Your Hair” and now must acknowledge the hard truths of the life on the road.

Cleopatra is hard and heavy and much more complex than The Lumineers’s first attempt which is to say that it might be slightly more cool but a hell of a lot less fun to like the band in 2016 than it was in 2012. 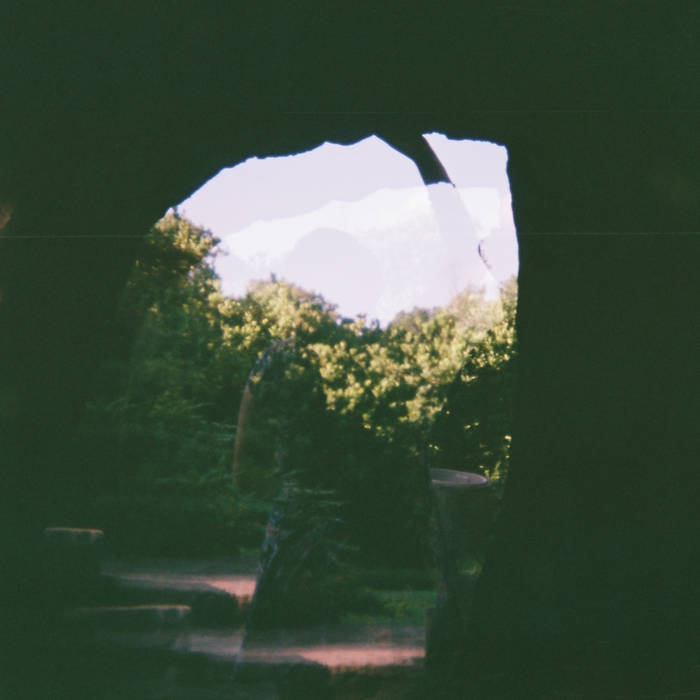 Say what you will about Millennials, but we’re especially willing to put ourselves out there. Thanks to media sharing sites like MySpace, SoundCloud, and Bandcamp, more self-produced young artists can upload original content to a community clamoring to find the next great thing in music. Sure, most of the musicians you’ll find on Bandcamp are just hobbyists with an extensive arsenal of production gear who might let it all fall to the wayside upon finishing undergraduate school (or, more realistically, upon the complete emptying of one’s bank account), but it can be pretty interesting to go through the latest releases on any of these sites and hear what you won’t hear anywhere else.

e re-released sweetheart. Hope and his girlfriend launched the label on Bandcamp, saying that “Our idea is to make fun/cute issues of tapes of our friends’ music. Each package will come with a special knick-knack, as well as other cute things.”

END_OF_DOCUMENT_TOKEN_TO_BE_REPLACED

Didn’t I just review some new Sun Kil Moon? Say what you will about Mark Kozelek, the songwriter has just been turning out music at an alarming rate.

The eighth full length studio album Jesu/Sun Kil Moon sees Kozelek join sound with Jesu (Justin Broadrick), and the two pull off a collaboration that provides a new look at their respective work. However, the album, more than anything else, sees Sun Kil Moon hold the spotlight, as Kozelek brings affection to the forefront of his musings, while still flirting with his classic considerations of mortality and the circumstances of fate that affect us all.